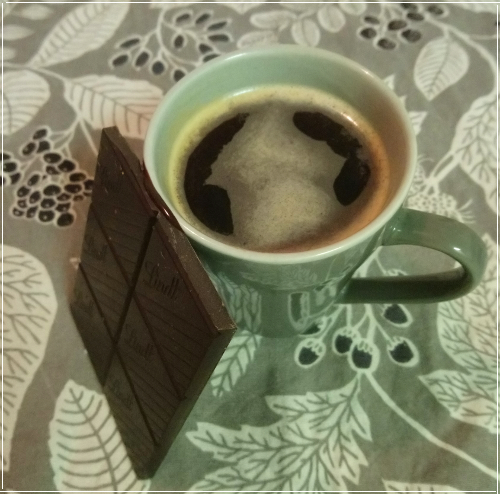 Returning to the word black, its proto Indo-european (PIE) root has been reconstructed as *bhel- which is supposed to be a root of blank, blue, bleak and flame. The semantic difference between the colours black and blue is slight. In German blue is called blau.
So I got this idea…
Scanians can rarely pronounce long vowels without turning them into diphthongs. And /aː/ followed by /p,f,c,k/ typically becomes /aʋ/.
Now suppose we have a word *blak /blaːk/, where the vowel is long. A Scanian would pronounce it /blaʋ/. So, the German spelling of the colour blue, even though it could have a completely different origin, would arise naturally as the result of a Scanian person trying to pronounce the word *blak. Perhaps this would be true for Danish dialects as well.
Finally, yet another Greek word for blackness/darkness occurs at 2 Peter 2:17 in the Bible. It’s ζόφος.

These are fountains without water and clouds by whirlwind radicalised, for whom blackness of darkness in generation has guarded.

The next article will be about the colour white.