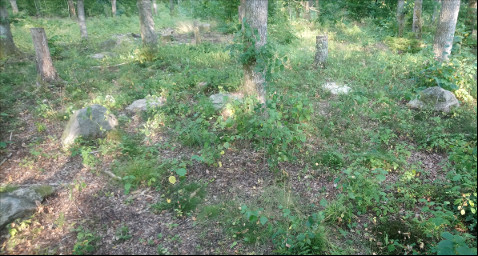 One of the things that connect Scandinavian iron-age burial culture with that of the Wisła/Vistula river mouth, and therefor the Wielbark archeological culture, is the stone circles — graves which, according to Scandinavian tradition, were used as thing-sites and judicial courts: called domarringar ‘judges’ rings’. They are circular formations of an odd number of raised or boulder-shaped stones, typically located on a hill ca 100 m from a watercourse.

Do they hold a mystery for us?

The Thing was the ancient parliament, except often in a smaller scale. An friend of mine, Robert Toth by name, use to say: “Democracy isn’t scalable”. It bears repeating.

Democracy means the demos Gr. δῆμος get to decide the policy of the government, and execute it. In early iron-age Athens, the parliament consisted of the boule βουλή, who convened on Akropolis, and the ekklesia ἐκκλησία who convened on Pnyx, another hill within sight of Akropoli.

As Tatian pointed out in his speech to the Athenians, they didn’t invent much but borrowed a lot of culture, traditions and stuff from other nations, even before they got an empire. The words listed above all occur in the Septuagint as translations of Hebrew institutions. Let’s make a table, but let’s also ask ourselves, were the Hebrews first, or was democracy a widespread practice among the ancient peoples? I suggest the latter. Being conservative, I want to lob one of these boulders on the head of progressives who suggest that we today, “live in democracies” or “are more advanced than the people in iron age”.

Notes:
– Ekklesia kyriou occurs in Deuteronomy 23. The expression resembles the Attic kyria ekklesia.
– Mishpet משפת occurs in Judges 5:16 MT, and is connected to the concept of demos as a clan based on ancestry, but with meanings like the stones surrounding a sheep fold or a fire place. Could this have something to do with the Baltic stone circles?

In Swedish, there is a word härad, with unknown etymology, which is a geographic division for administrative purposes, such that a härad had one thing up to year 1971 (Source:Wikipedia). IOW, there seems to be a connection between the concept of härad, and that of thing.

Thing rhymes on ring, and ring has an earlier common germanic form *hreng, featuring the combination h-midopen-front-vowel-r, which we find in härad. Another word with similar meaning and like phonology is krets. And a common Germanic rad, meaning ‘counsel’, perhaps not cognate. Do these remind us of something in Judeo-Christian tradition?

One lead would be the possible etymologies of the word church. Let’s save them for another article. There is the Hebrew word חרץ cherets ‘decision’ with few occurrences in this sense but Kings 20:40 has been suggested in Brown-Driver-Briggs’ lexicon, and with an extra waw Joel 3:14.

In addition to these, there is the mountain Hermon, which should qualify as a hill with access to water. Oh, and from Hermon, the step isn’t far to the Greek god Hermes, who is mentioned in Acts 14:8-13 as kind of a chairman/president. We have a lot of stepping stones here … 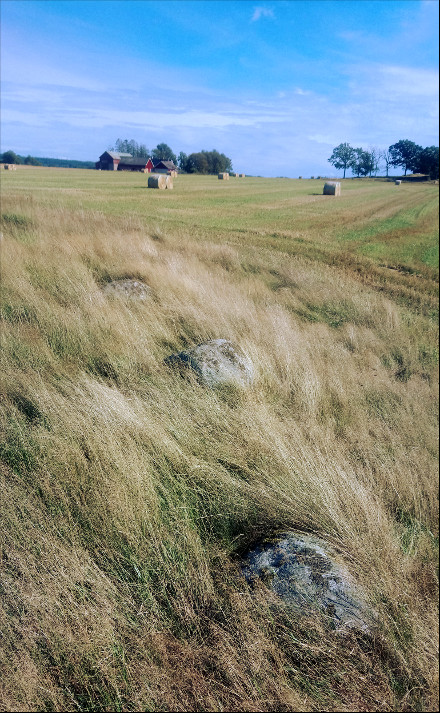 Didn’t St Paul speak at the Areopagus? Oh, yes. That’s Acts chapter 17, where I would like to particularly draw your attention to verse 26, where there is a byzantine variant, which is probably not original, but correct in the way it explains the statement.

And hath made of one blood all nations of men for to dwell on all the face of the earth, and hath determined the times before appointed, and the bounds of their habitation … — KJV Acts 17:26

The word blood is in the byz-text but not in the Alexandrian textual family. Their senses is still almost equivalent, because blood refers to people who are relatives, whereas nation refers to a larger group of relatives. Blood in Greek is αἷμα hema, and correspinds to Hebrew and Aramaic דם and Samaritan דמה, dam and damah. Isn’t it difficult to ignore the possibility that they could have a common origin, and effectively mean the same thing?

What if Jesus’ “Son of Man” was ben hadam ‘son of blood’, rather than ben adam or ben haish ‘son of man’? Turns out we have an ancient word in Scandinavia raþmaþer ‘member of parliament’, where the first part: raþ means council, and the second part maþer means man, but the r is just nominative ending, so we have almost dam ‘blood’ written backwards, as appropriate.

In Daniel Nebuchadnessar dreams of a giant statue with a head of gold representing his Babylon, then comes Silver (Persia), Copper (Greece) and then Iron (Roman empire). The Iron becomes mixed with clay, whereafter a stone (boulder?) breaks lose and hits it so that it collapses. This makes me recall the Delphian Oracle, predicting if Rome engages with Africa, it would collapse, and in deed it was invaded by the Saracenes. In this process a stone was lost…

Hypothesis: I suggest that the stone circles of Gothic Scandinavia and Wielbark were a democratic institution where each stone represented a blood-line, a demos. By assigning a demos to a seat in a parliament, we avoid the very harmful social elections and can use lots instead, and we lock representation to a former state of the nation so that a family having few children get more representation per living individual than one with many children. This prevents genocides and gives everyone a chance. It also avoids imperialism and assimilation, by encouraging people to be different enough to count as their own blood lines. 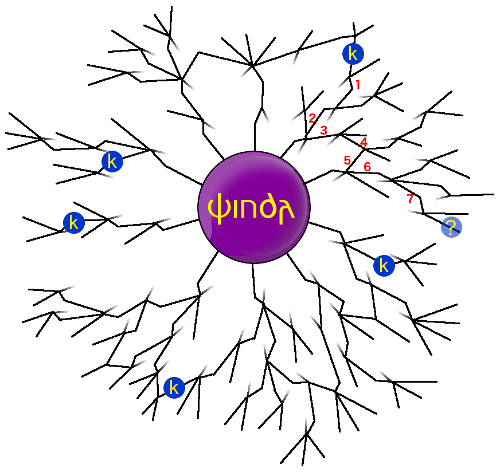 So, a blood line was lost. That of Jesus Christ. !.

Indeed, there is no contradiction between Christianity, theocracy and democracy. What is called democracy today is usually actually socialism, which is incompatible with the other three frameworks, to the point of fierce rancor and alliances with the devil. Both it and the earlier Roman, and Philistine cultures which opposed Israel and induced the mixing of peoples, have made Christians misunderstand their own philosophy as it deals a lot with a fall-back in case an enemy breaks democracy and tries to destroy a people, such as the Philistines, the Babylonians and the Romans did with Israel. What we have to remember is that this is a fall-back, a plan-B. It is not the way a society is supposed to work.

It is really saddening to see Christianity being used to justify breaking democracy and destroying nations, just because Christianity is a plan-B to do damage reduction in such cases. It is like selling fire extinguishers filled with nitroglycerine because you know, they often correlate with fires. It is very ignatian. “Let’s all die because I’ve heard a hero once died, so that must be the right thing to do.”

It isn’t, but we get a stepping stone back to the thing. Historians largely dismiss the well rooted tradition that the Baltic stone circles were used as things and courts, pointing both to the fact that they have been used as fire places (somewhat addressed above) and the fact that there are very many stone circles in some places. The reasoning goes they would not have created new stone circles for thing, but reused the old ones, not least because of the respect and seignorage these had already acquired.

My argument would be, since the stones were connected with a demos, if most demoi had died out or moved somewhere else, they would need a new ring for the new demoi, living in the kind/birk. However, if some demoi had survived, they could integrate their stones in the new circle, which would lead to circles with partial overlap.

Unless I have spilled too many beans here, I will return to this subject. Until then, here is a little translation of a verse from Karlskrönikan, a Swedish chronicle, whose author noticed that ring and thing rhyme.

So they brought him to Motala thing
seated him in the midst of that ring
sentenced him there soon decreeing so
that of his head he must let go.