I caught a train to København (Copenhagen) today, from Hässleholm in Scania. It had been a couple of years since I rode a train in Scania and the one thing that has changed since then is the composition of passengers with regard to their country of origin. It used to be 80% Nordic (Swedish/Danish/Scanian) but now it was less than 50% Nordic in my car in both directions.

I sat down next to two men who spoke Arabic, however the teenage boy across the gangway, and his family, spoke a language I could not guess — Albanian it would turn out. He asked me if I spoke English and was relieved that I did. Later when the family were pulling down their luggage from the racks he asked me if this was Malmö Central Station. I replied that, “Nope, it’s Lund. Malmö is the next stop”, and they avoided disaster.

The Arabs next to me said they were going to Copenhagen, yet got off in Malmö. When the ticket-collector came by in the tunnel neath Øresund, he asked another Arabic-looking family where they intended to get off. “Malmö”, the man replied. “In that case you have travelled too far. This is Denmark.”

He helped arrange a return trip for them in Tårnby, then came back only to find that three girls hadn’t punched their tickets as they should. The fee is SEK 1 000 per person, but they were given a chance to get them punched in Ørestad “only for this time”, if they did it immediately after the train had stopped. Being girls, and not having to care about anything, they moved so slow that they didn’t even get off at Ørestad, which was their destination, but had to go back from Copenhagen H. Also on my return trip, I was asked by two ladies if the train would stop in Malmö and at Copenhagen Airport respectively. I have never seen anything even remotely similar to this mess on a train before.

What happens when a whole lot of people in one place speak totally different languages? They will certainly look for a common denominator. In Israel, this was Hebrew, which suddenly got a revival upon the reestablishment of the Jewish state, when Jews moved back from various locations and languages of the diaspora. In Scania, there is no sovereign state except Sweden, but the language most people have in common is English. With the current trend expected to strengthen further with increased influx of refugees, retirees and labour from Syria, Somalia and various conflict zones, the time to ditch Swedish for English has drawn closer. This is a surprisingly attractive choice for a native Scanian, since Danish springs from the same roots as Scanian and has influenced English a lot. Also, English has the same diphthongs.

By the way, have you ever wondered where language bloggers find all the crazy stuff about long-dead civilizations? This is one place, an antiquarian’s shop, a good example of how learned men furnish. 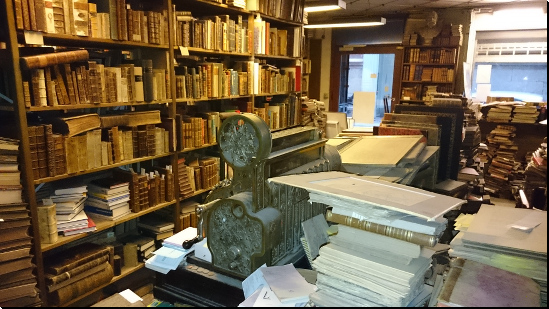