Don’t tell anyone, but in an effort to find the most humble facts about weeds, I dived into a container and found a short writing which mentions a weed whose Scanian name had a prefix which might match the Hebrew קפא kʷafa as found in Zephaniah 1:12:

That, of course result in Jerusalem getting plundered, according to the next verse. Brown-Driver-Briggs lexicon lists kʷafa under a root q-ayin-r, which sounds disturbingly similar to both the Neoglobish word queer and Swedish kvar ‘remain/left’. Why am I still typing?

The kingdom of heaven is likened unto a man which sowed good seed in his field:
But while men slept, his enemy came and sowed tares among the wheat, and went his way. But when the blade was sprung up, and brought forth fruit, then appeared the tares also. So the servants of the landowner came and said to him,
— Our lord, behold, did you not sow good seed in your field; whence did the tares come into it?
He said unto them,
— An enemy hath done this.
The servants said unto him,
— Wilt thou then that we go and gather them up?
But he said to them,
— Nay; lest while ye gather up the tares, ye root up also the wheat with them. Let both grow together until the harvest: and in the time of harvest I will say to the reapers, Gather ye together first the tares, and bind them in bundles to burn them: but gather the wheat into my barn.
— Matthew 13: 24-30, KJV.

One of the points that Jesus tries to make is that children can be very different from their parents. If the Christian god were given greater powers, he would make sure that they, in future generations, would be allowed to grow up before any sort of judgement would affect them, in contrast against today’s situation, controled by God’s enemies.

The word used for this weed in original language, supposing it’s Galillean Aramaic, would be latinized to zunin/zunia with Peshitta featuring its Syriac equivalent zuzn/zuzna. 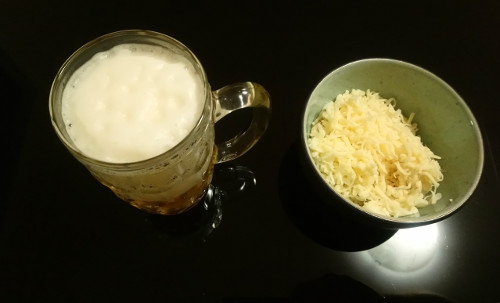 From one thing to another, the wheat shining white means it is time for harvest and shining (like the zun) is mentioned in verse 43. The good seed are mentioned as the sons of the kingdom. In Luke 16:8 the sons of light will not exactly be shining. It seems that their high morale and steadfastness handicap them in the financial services sector.