In Luke 1:5 Wulfila.be’s text reads “… gudja namin Zakarias …”. Doesn’t it look like it should be “… gudji namin Zakarias …”, however? (They do note that the text is ‘partially normalized’.)

Benzelius also transcribes “gudji”. In other places this /i/ occurs in the words gudjinon ‘serve as priest’ a few verses later in Luke, and gudjinassus ‘priestly office’ at Luke 1:9 and 2 Corinthians 9:12. So this might be another split word which I couldn’t find by searching digitized texts. On the other hand, the difference between gudja and gudji is so slight that a scribe might well use the form he or she is used to.

In A Comparative Germanic Grammar Eduard Prokosch (or perhaps his editor Bolling) sums up the underlying grammar nicely:

Balg suggests the word formation as: “from stem of guþs and suff. -jan”. He gives the gender as masculine. Are there any more Gothic masculine words ending in -a? Yesh!

Lambdin notes for weak nouns that -n remains in all cases and numbers except nominative, so they would have, originally, had stems ending in -n.

I’d point out that aba, abba and atta might be onomatopoetic, originally used by a small child not knowing about cases, and that the case endings for weak nouns contain sequences with prepositional character, namely -in and -an, with the sense of ‘in’ and ‘against/on’, thus expressing the functions of the dative and accusative cases respectively.

This concludes a series of articles exploring places where the use of synonyms could indicate that the biblical text was translated into Gothic at two different times or by two different translators. The main attraction of this article is the table where we compare the conclusions of my vocabulary study of Gothic Luke with Dieter T Roth’s reconstruction of Marcion’s version of Luke.

It is colour-coded according to how strongly it indicates the presence or not of the text in the respective early version.
Blue = maximum certainty of presence.
Green = probably present.
Yellow = hard to say.
Orange = probably absent.
Red = maximum certainty of absence.
Roth doesn’t use colours to designate levels of certainty, but I allowed myself to interpret from descriptions like “[…] attested but no insight into wording can be gained.” to the colour displayed for Luke 18:12, and so on.
END_OF_DOCUMENT_TOKEN_TO_BE_REPLACED 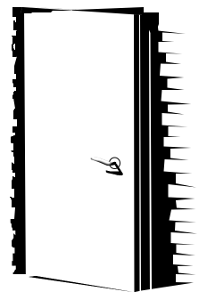 END_OF_DOCUMENT_TOKEN_TO_BE_REPLACED

I attempted to write an article on orthographic variants involving the words for devil and apostle that the Gothic version received transcribed from Greek. However the possible explanations for the rather few variants branched out too much and I found I don’t have access to the variants from Codices Ambrosianus because the transcription at Project Wulfila, that of Streitberg, is somewhat normalized so that some orthographic variants have been removed and some have remained in the text. I leave it to my dear readers from the next generation as I guess digital facsimiles will be made and released some day. Anyway, here is an illustration with two of the words: apaustauluns and unhulþom from Luke 10:1 in Codex Argenteus:

Biuhti and sidus can both be translated with ‘custom’, ‘manner’ or ‘habit’ in English. Biuhti is the more commonly used word in the Gothic version, and so is unquestionably original. In Peshitta it sometimes correspond to the similarly sounding ܒܥܝܕܐ bayādā ‘by habit’. But usually, it is matched by ܕܡܥܕ damād. In the Greek, we have mostly ἔθος ‘custom’ and εἰώθει from εἴωθα ‘be accustomed’ or ‘make into a custom’. So both the Greek tradition and the Syriac tradition deviate from the Gothic. The usual Latin word is a form of consue-, such as consuetudo.

END_OF_DOCUMENT_TOKEN_TO_BE_REPLACED

We have seen in two previous articles that sometimes the Gothic bible uses one synonym consistently for a number of verses and then switches to using another synonym for a few verses. How about studying synonyms and orthographic variants to see if we can isolate an older textform? I do, and even though I am only halfway through, I dare say it correlates with the text reconstructed for Marcion’s gospel of Luke, to a certain extent.

How can that be? 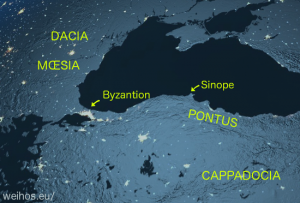 END_OF_DOCUMENT_TOKEN_TO_BE_REPLACED

I was transcribing some Gothic and noticed that Codex Argenteus has two different words for stealing in verse 19 and verse 20 respectively of Matthew chapter 6. These verses aren’t particularly known for textual variants. Here’s ESV to give you an idea what we’re talking about: 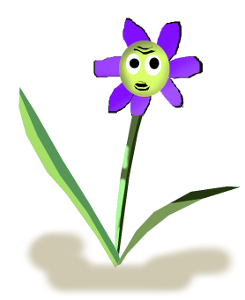 END_OF_DOCUMENT_TOKEN_TO_BE_REPLACED

For to the one who has, more will be given, and he will have an abundance, but from the one who has not, even what he has will be taken away. — Matthew 13:12, ESV. 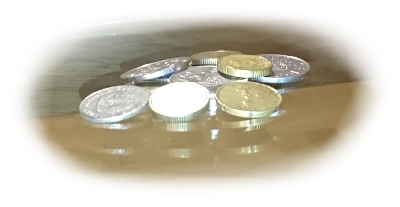 A friend brought up this verse recently and said it has been abused and interpreted to mean that it would be fair to redistribute resources from persons who have less to those who have more. Is Christ the Anti-Robin-Hood? Such an interpretation should be rejected, of course, with ease by any Christian, but a few questions remain:
END_OF_DOCUMENT_TOKEN_TO_BE_REPLACED